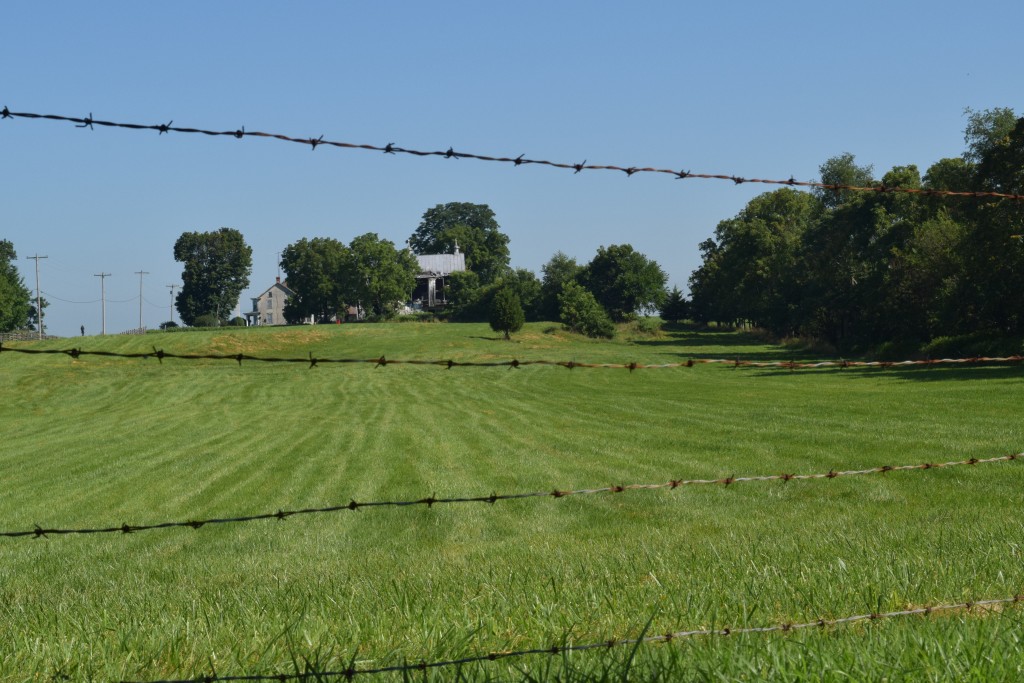 This property is known as the Wilson Farm, but Antietam scholar Joseph Harsh called it the Bloody Pasture. It is just south of th Cornfield and bordered by Cornfield Avenue, Smoketown Road and the Hagerstown Pike; 44 acres and the site of the some of the most severe fighting on September 17, 1862. Long held in private hands, it is now owned by Civil War Trust and SHAF is clearing out overgrown and non-historic tree lines on the property and tearing down the post-war structures seen in the picture. We will need your help to accomplish this task, and when it is complete the land will be made available to the National Park Service. If you have not donated to SHAF in a while here is a great opportunity to do so. We will need a lot of money for this project, and two more I will describe in a future post.